What a whirlwind, right?!? I recently did a recap of 2016 and announced my goals for 2017 in this year in review post, so I won’t bore you with the details again.

Suffice it to say though, that 2016 exceeded my expectations. I worked hard, I played hard (?) and I hit my BAHG (or big-ass hairy goal)!

December, 2016 also ended up being my best affiliate income month EVER. It’s taken me a bit to get the affiliate marketing ball rolling, but I’m finally picking up steam!

So what happened? Read on for the full lowdown.

I keep a profit-and-loss statement for each month, as well as a rolling total for the year. I enter in income as it is received (rather than as it is billed) and do the same for expenses.

I continue to transfer 25% of my net monthly profit into a separate savings account for taxes. Fully Booked VA was established as an S-corp in May, 2015 and we began payroll practices later that year.

I split my tithe to our church and a family in Costa Rica. The latter makes a direct impact into the community – in 2014 they opened a daycare to take care of migrant farm worker’s children, so their parents don’t have to bring them with to pick coffee beans, which surprisingly can be very dangerous!

Much, much better… (See the expense section for the full breakdown.)

(After expenses, but before tithe/tax.) This is an 18% decrease month-over-month.

It makes more sense to monitor service income as a whole nowadays (instead of breaking out the columns individually), and look at how it compares against product and affiliate income.

Why? Service income can often overlap. (What is writing or what is VA work versus consulting?)

Tracking what is “active” versus what is “passive” is good to know too – even if it all takes some time investment. (I.e. product income isn’t passive – there’s still customer service, marketing, ongoing improvement, etc. It IS more passive than service work, just not 100% passive.)

Here’s what the breakdown looked like for last month:

I did my normal writing, VA and coaching work, but did receive a nice bonus from one of my VA clients that upped this category a bit. It’s oh-so-nice to be appreciated in this way. 🙂

As I’ve also mentioned, my service income should be going up due to my role as the subject matter expert on messaging for The Academy <–affiliate link, which began in November (but the pay lags a bit). My second group of students kicks off today!

Course sales weren’t quite as good as the month prior, but came in at a respectable $8,500 roughly.

We did our initial payout from the Mampreneur Mastermind and I decided to include that revenue in this category, rather than service income (I was thinking of classifying it as coaching). See how things overlap?

(Side note: This group is SO awesome! If you’re interested in joining a small mastermind group of 5-6 other ladies, receiving monthly (brand new) teaching from Ariel and myself on business building and want to network with some amazing femalepreneurs, you should fill out an application for consideration to join.)

As I said last month, I’m still figuring this whole products thing out. I do know is that it’s my goal to provide as much value as possible, to help people get the best results that they can and that way we’ll both win. And that goal hasn’t/isn’t going to change!

I.e. Some of my expenses from December came from redesigning the workbook/materials associated with Become a Pinterest VA TODAY! This is a new course that I partnered with my friend Kristin on (and it will be available again 1/6/17-1/9/17!).

Check out the cover of our new workbook: 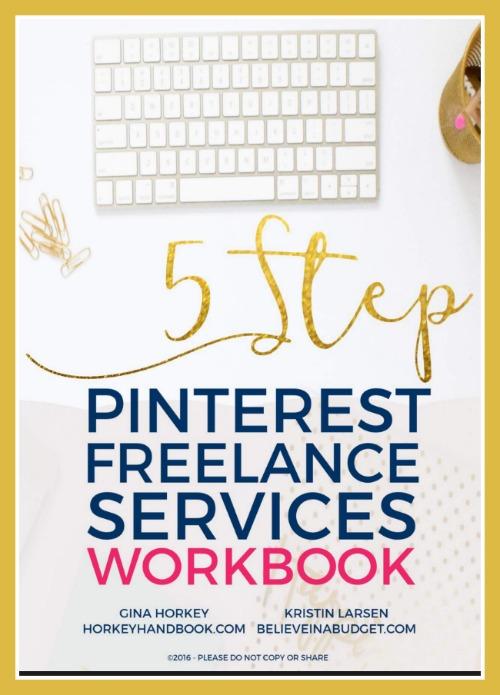 As I mentioned above, December clocked in at my highest affiliate income month EVER or ~$4,000. I still feel this is a huge area of opportunity in my business and that I’ll “win” by only promoting stuff that I believe in.

One product that I can stand behind and that attributed partially to my success in this category is Michelle’s, Making Sense of Affiliate Marketing course <– affiliate link, which will help you become a better affiliate marketer too. Not only did I learn a lot from it, but Michelle is earning over $100k PER MONTH, most of it from affiliate income… she’s like the female version of Pat Flynn. 😉

December’s expenses were much more manageable, coming in at ~$6,500.

Full disclosure, they were actually closer to $10,500, but I received a partial refund from the work I had contracted with Leadpages to do. (Hence the negative in the “advice” column below…)

What’d I spend it all on?

Besides the Leadpages’s refund, expenses for the most part were status quo. I did purchase some Christmas gifts for clients, kicked off work with my friend Daryn and processed some decent affiliate payouts for my own products.

And even though expenses are ~1/2 of my gross income, to me they’re 100% worth it. Because I couldn’t do all of this on my own…

Let’s face it, achieving my ‘A’ goal really was the goal, right? So I have NOTHING to complain about. 🙂

This is likely my last monthly income report…

I’ve been thinking about how long to publish income reports for some time. Wade’s never been a fan of me putting our income out on the internet, but it’s actually been helpful.

Here are a few reasons why:

Here are the reasons why this is my last one:

So there you have it… no more monthly income reports for now, but be on the lookout for a monster business update post in April! And don’t worry, I’m STILL cheering YOU on. Make me proud!!