If you spend some time reading about freelancing, you’ll see this phrase come up a lot: “multiple streams of income.”

Having more than one source of income is really a good idea for a writer because, should one of your streams dry up, you’ll still have some money coming in from other sources.

I’m a playwright. And it’s a well-documented fact that opportunities to make a living in our field are few and far-between, which means that quite a few playwrights turn to teaching in order to make ends meet.

When I quit my day job a year ago to become a full-time writer (with the help of Gina’s course!), I knew that I was going to at least try my hand at teaching playwriting, but I wasn’t sure that it was going to be right for me.

Would I get any students? Would I know what to say? Would I even like doing it? 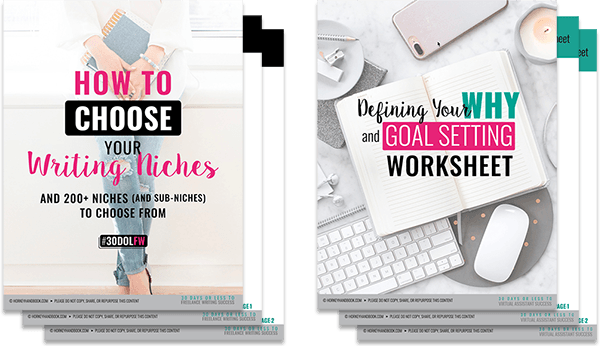 Thankfully, it turns out that I adore teaching playwriting, and it’s even been a fairly consistent income stream! Moreover, the lessons I’ve learned and the steps I’ve taken to start an in-person writing class could scale for writers of any genre.

Here’s how I did it.

1. Look for the Void in the Market

First of all, I had to identify a void that I was uniquely positioned to fill.

This, actually, was the easiest part, because I had spent so many years as a student, and I knew what drove me nuts in other teachers’ classes: I wanted instructors to stop cutting their students off at the knees, telling them to make their plays more “producible.”

Theaters, I was told as a student, only wanted small-cast, 90-minutes-or-less plays with minimal technical specifications. This drove me nuts. There are all kinds of theaters, and theaters produce all kinds of plays, including apparently “unproducible” ones; limiting your imagination before you’ve even begun is a great recipe for writing bad, boring plays.

I came up with my class title: Write the Play You Want to Write – and wrote my “blurb” accordingly.

2. Find a Good Space for a Writing Class

So the first thing I needed was a space. I reached out to a bar that allowed people to use its back room for free; they were enthusiastic about the idea of having a regular event in there on Monday nights (slow nights otherwise), and they confirmed immediately.

Once that was set up, I realized, “Well, now I have to actually do this now! It’s either that or cancel the space!” This was great, because it forced me to follow through!

3. Figure Out the Best Way to Get Paid for Your Class

The next thing I needed was a way for people to pay me. 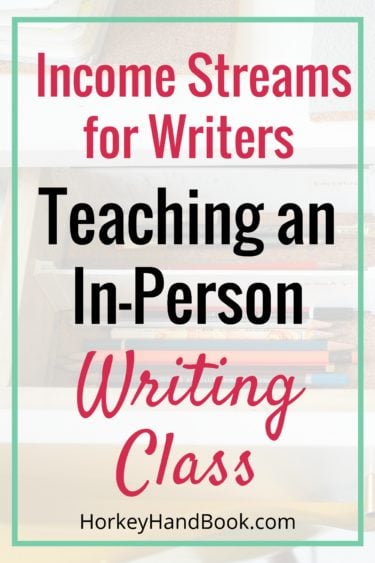 It was important for me that

(a) students be able to pay the fee via installment plans, and

(b) that these payments would not depend upon me hunting them down every week.

The solution? PayPal subscription buttons. Let’s say a student wanted to split their $350 tuition into seven payments of $50. I would set their “subscription” button to charge them $50 once a week, and tell it to cancel after seven cycles. PayPal would generate the code, I’d send them the link, and Prest-O Change-O, we’ve got ourselves a payment plan!

There are, for the record, PayPal “payment plan” buttons (which are different than subscription buttons), but for some reason I would’ve had to pay to upgrade my PayPal account in order to use them.

(Gina’s Tip: FreshBooks is a great way to sidestep Paypal’s transaction fees. Through FreshBooks, you can set up recurring invoices if you want to offer your students a payment plan. You can try it for free and see if it works for you.)

4. Promote the Class to the Right Audience

Once I found the best way to get paid, I knew it was time to put my offering out into the world – and pray with all my might that people would sign up!

Because I already had my own audience from my plays, a lot of people reached out to me about signing up right away! I wanted a class of eight people, and in order to fill that room all the way, I experimented with Facebook ads; they immediately shut my ad down because my website (to which my ad linked) had some explicit language on it.

With Facebook ads not being an option, I had to look for other ways to promote my class.

At the suggestion of a friend who teaches voice lessons, I placed an ad on Playbill instead; it was only $30, and since I got a paying student out of it, the ad more than paid for itself!

5. Feel the Fear but Do the Teaching

Finally, it was time to do the thing.

I was really nervous, but I knew that I’d probably be fine as long as I did two things:

Our format was simple: Everyone would bring in ten pages of their new play every week, and we’d read the pages out loud from our electronic devices (keeping it green). Then there would be about ten minutes of feedback.

I gave my students some guidelines about what made for constructive feedback, and would sometimes ask leading questions: “What did you discover?” “Anything in particular you’d like feedback on?” “Do you have any questions for us?”

Still, I kept the feedback sessions flexible, which allowed for some really glorious conversations to happen between my students.

6. Learn to Roll with the Punches

Things were going great! Until the bar started trying to pressure my students to drink more…which, ya know, is their right. They’ve got a business to run, after all.

But rather than try to make my students drink when they didn’t want to, I decided to bow out of our regularly scheduled reservation and find another space.

After one semi-disastrous class at a space in Queens that no one could find, a friend allowed me to teach the rest of our classes in the rehearsal studios and conference rooms of the theater company she worked for.

I remained above-board with my students about the space search the whole time, and we ended up in a fantastic space that they loved.

7. Get Feedback and Learn from It

By the end of our time together, some students had written their first full-length plays ever, and others were well on their way.

After we were done, there was just one more step: get feedback and testimonials. I created an evaluation form with Google Surveys that would allow people to give me their thoughts anonymously, and I asked them: What worked? What didn’t? How was the class length? Were feedback sessions structured enough/too structured/not structured enough? And so on.

Fortunately, my students gave me incredible feedback, much of which turned into testimonials on my website!

8. Adjust and Repeat the Process

After the first class came to an end, it was just a matter of repeating the process, using what I’d learned.

I also started teaching online students, mirroring the in-person process as much as possible: ten new pages every week, with feedback via Google Hangout or the phone. It’s much more on a one-to-one endeavor than the in-person classes, but since feedback sessions are only 10-20 minutes, it’s an easy thing for both me and my online students to fit into our schedules.

I found these students the same way I got my “analogue” students: through email, social media, and ads on Playbill.

I had no idea that teaching would be as rewarding as it’s been. The most incredible part is watching my students grow in confidence by the end of the session, owning their voice and their stories.

I’m constantly moved, dazzled, and just straight-up impressed by the places they go, and I’m so glad to be providing a space where they can explore safely. 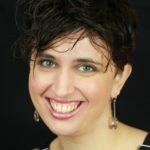 Mariah MacCarthy is a writer, producer, curator, storyteller, burlesque dabbler, rapper, birth mother, immersive-party-play-maker, and creatrix-of-all-trades. Her work has been featured everywhere from The New York Times to BuzzFeed, Refinery29, Romper, and Culturebot. You can connect with Mariah on Twitter or through her website.

Are you ready to start teaching your own class? What’s stopping you? Let me know in the comments! 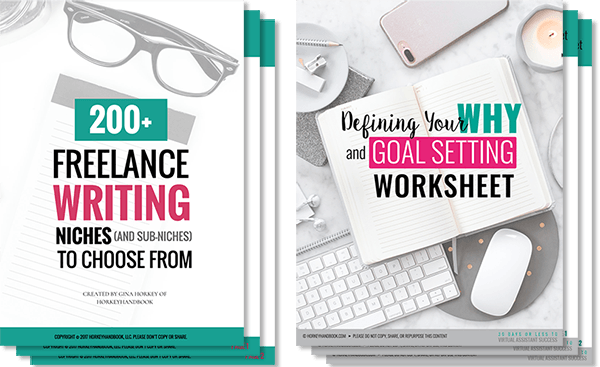