How can I possibly write about something when I’m not an expert?

We get that question a lot. And we’ve dedicated a few posts to answering it ourselves.

Today, we have Bryan Richards sharing his experience on how to brand yourself as an expert by using the power of your local market.

With this approach, Bryan got himself on TV, in print magazines, trade magazines and even on paid press trips to far-away places. Not to mention all the craft beer he got to sample.

I nervously sat in the green room not knowing what to expect. I was about to go on television for the first time. And not just television, but live television.

Was I wearing the right outfit? Would I answer the hosts’ questions correctly? Was there anything stuck between my teeth?

Admittedly, I was more than a little nervous. There were no retakes or cuts to edit out any blunder or,  God forbid, swear word I might drop. Just me, the camera, the anchors, and thousands of viewers.

My phone buzzed like crazy as I waited to go on. Friends and family were wishing me luck. Some were watching and couldn’t wait to see me make my television debut. My drinking buddies, on the other hand, said that they were too afraid to watch. Apparently, they knew me too well and feared I’d embarrass myself.

My handler came to get me, attached my hidden microphone, and escorted me to the famous “comfy” couch. Moments later – like ripping off a Band Aid – I was live on NBC’s Charlotte Today answering questions about culinary tourism.

I killed it, like Matt Lauer, but only younger and slightly better looking … 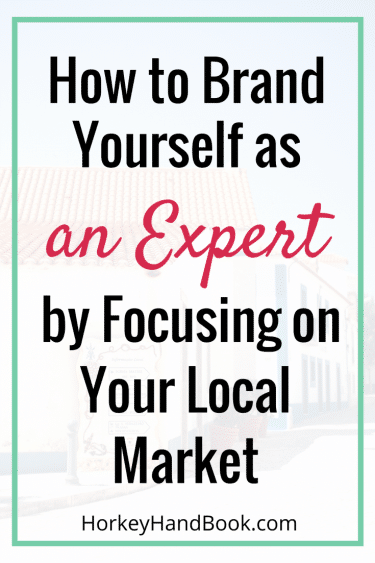 In fact, I’ve been invited back multiple times since, talking about everything from being a tourist in your hometown to craft beer travel to traveling with a toddler.

For the latter, I even brought my 9-month old on TV with me!

Those television appearances have helped me to not only land countless freelance gigs both in Charlotte and beyond, but also to land my first speaking engagement at a national conference.

I realize that going on live TV isn’t everyone’s forte. That doesn’t mean you should stop reading.

Going local to establish your credibility doesn’t have to involve live TV like it did for me. There are plenty of other ways you can brand yourself as an expert.

Think of it like a band starting out. They don’t begin by headlining NFL-sized stadiums and landing Top 40 airplay. They start out playing at local festivals and bars.

Here are a three ways you can establish your credibility locally:

1. Start by pitching a local blog.

Blogs and other forms of local online media are beginning to replace newspapers and magazines for the younger generation.

In Charlotte alone, we have two such blogs – Charlotte Five and Charlotte Agenda – that I guarantee are getting more millennial eye balls than the stodgy newspapers. Behind those two market leaders are several other startups fighting to mimic their success.

Whether it’s an established brand or a startup, these sites are starving for content. Start by pitching them. The key is to make sure you’re writing articles in your niche. And you don’t have to be a millennial, either. I’m not.

I will warn you though, some of these sites may not pay.

And if they do pay, it’s probably peanuts.

Personally, I don’t agree with writing for free. However, I can get behind working for a low rate, with the understanding that you have a goal other than the couple of dollars they’re willing to throw you. In my case, my goal was getting a few local bylines.

You’ll see that a few things will happen as you start getting noticed.

2. Don’t ignore the “free” magazines outside your grocery store.

In the entranceway to your grocery store you might notice some magazine racks with free publications covering everything from home and garden to food to parenting to local travel. Some of your more specialized stores will have more niched magazines centered on topics such as quilting, scrapbooks, craft beer, etc.

These should be your next target after you land a few online bylines. Most of these pay rather decently, too.

In my own experience, I wanted to break into the parenting space, but I had no background other than a newborn. Thus, I wrote a few articles for local blogs, landed myself a spot on TV with said newborn (so brave…), and parlayed both into a pitch to Charlotte Parent Magazine.

I’m now on my fourth byline with them and am a regular contributor to the national family travel blog Travel Mamas as their resident Travel Daddy.

Here’s a pro tip that I want to share.

I submitted several pitches to Charlotte Parent that died in email space. It wasn’t until I had a few bylines with Charlotte Five that I received a “maybe.” As we were in maybe mode, I appeared on Charlotte Today and immediately sent a link of my clip to the editors and sealed the deal.

It’s all about self-promotion.

3. Ask for interviews on local podcasts.

I’m a strong believer in the old adage that success doesn’t find you, you have to find success.

As I began receiving some attention in the local dining and family travel and parenting space, I was getting zilch in my sweet spot – craft beer. While I write regularly for the Brewers Association, I couldn’t catch a break in the local media, which was locked up by a few established writers.

So I pitched myself to local podcasts. Once again, podcasts are thirsty for people to interview. The trick is to send them a pitch like you would for an article.

I did this for Cheers Charlotte and immediately landed a spot on their schedule. This happened at the same time I was negotiating my first spot on Charlotte Today. Of course, I sent them a link to the podcast. I then said that I could also talk about craft beer on a future show if all went well.

Currently, I have two articles with national beer magazines coming out this year based on my local success.

As writers, we all dream big.

We all want to see our names in print in magazines that are read by people across the world.

However, editors at those publications rarely will accept articles from new writers unless they’re an authority on the topic at hand or a celebrity. So we focus our sights on no- or low-paying known web sites like Huffington Post and Buzz Feed. All the while, there are plenty of opportunities that probably pay better in our own backyard.

Who knows? You may even find yourself judging a sausage cooking competition like I did!

Where do you plan to land your first local byline? Leave a comment below so we can help hold each other accountable. 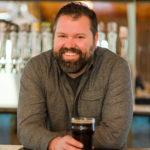 Bryan M. Richards is a blogger and freelance writer in craft beer, food, travel, and now parenting. When he’s not writing, he’s chasing his toddler around the house as a stay-at-home-dad. He also teaches a course on how to use your blog to win free travel.