Every Friday I host (and record) a live Blab with a fellow freelancer. For those of you who can’t catch it live, want a review or just prefer reading a blog post to watching a video, here’s a recap of my recent chat with Julie Elster – a virtual accounts receivable pro who helps freelancers get overdue invoices paid.

I met Julie at a conference where she spoke about how to get laggard clients to actually pay up for your freelancing services. Her talk was great, so I asked Julie to write a guest post for HorkeyHandbook. She obliged and gave us some awesome advice about how to qualify clients.

And now Julie’s back to talk all things deposits, contracts and how to get clients to pay!

Julie, what’s the biggest horror story with somebody doing work and not getting paid?

My goal is to get you paid.

So, I have seen it all. I’ve heard every excuse in the book.

Here’s an example though – I had someone reach out to me to collect on an invoice. He had a contract, but hadn’t collected a deposit. He finished the work and delivered the project, but he was still not getting paid.

That’s when he contacted me.

I, in turn, reached out to his client and left him a polite message.

“I do accounts receivable, so I’m not a debt collector.”

My client’s client was holding the invoice payment hostage and was putting a lot of conditions on my client. He was telling my client that he wouldn’t pay him if my client paid me (crazy, right?). He was demanding things that had nothing to do with him.

Off the record, my client did pay me. But he had to tell his client he wouldn’t. It was such a nightmare. In the end, he paid.

At what point do you typically get involved?

I try to be really sensitive when I’m contacting people, because I know it can be embarrassing when you can’t pay your bills and someone is reaching out to you. So I try my best to be understanding.

I take on clients who have past due invoices between 30 and 90 days without any major disputes.

The older an invoice gets, the harder it is to collect on.

Invoices are not fine wines, so they’re not going to age well.

[Tweet “Invoices are not fine wines, so they’re not going to age well. “]

If you’re a freelancer, you don’t typically hire an office manager. But having someone call on your behalf makes it look more professional and takes the emotion out of collecting for you.

That’s where I come in. If you worked hard on a project and somebody stiffed you, you’ll feel emotional about it. I have no reason to feel like that.

Do you settle payments? Do you take less than what is due or make payment schedules?

When somebody hires me, I usually ask them if they’re comfortable if I can settle what’s due for a lower amount or set up a payment plan. The majority of my clients are open to that.

A lot of the people that I’m trying to get to pay are not responsive over the phone. Actually, 95 percent of the people I call don’t answer their phones. So I’ll suggest via email or voicemail that payment plans are a possibility.

If you go in in an aggressive way, the person who has to pay you will shut down. They can justify not paying you that way.

I keep asking open-ended questions to find out what they’re comfortable paying.

[Tweet “I keep asking open-ended questions to find out what they’re comfortable paying.”]

Sometimes people go radio silent because they don’t think they have any other options.

I’ll present as many options as my client will allow me to.

Who is your target audience? 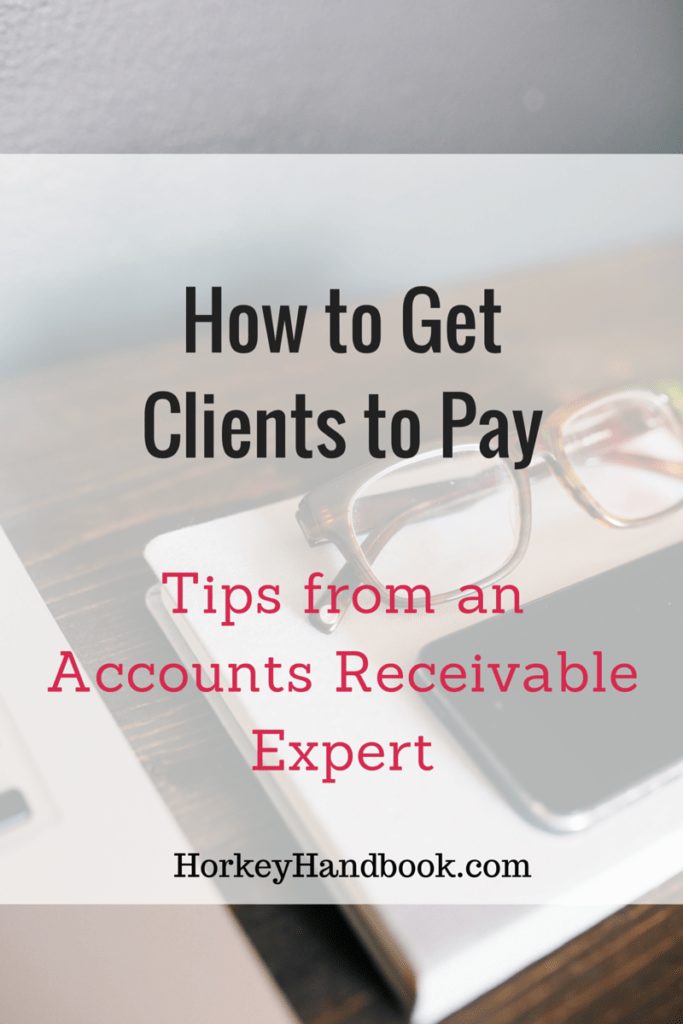 How common is it for people to ask or get 100 percent payment upfront?

I get a lot of pushback when I suggest that. I always hear excuses about why that’s not possible.

If you can’t do that, at least get 50 percent before you start the project.

I often tell people, “Don’t be afraid to refund if you find out you’re dealing with a nightmare client. Cut it off immediately.”

Take the blame, and say the project is not a good fit. If you know immediately that they’re going to be an awful fit, you’re going to have more issues down the line.

Refund the deposit and move on.

How do you select your clients?

The work that I do – calling people about money – means that I need to be selective. Otherwise, I’d end up with people who would say awful things to me.

I’ve learned to weed out the people who reach out to me, who might have had disputes and outstanding invoices for the past three years. I refer them to a lawyer.

It’s okay to say no.

I use Stripe and Paypal. But I accommodate however people want to pay me. I use Hiveage for invoicing. You can link to all sorts of payment options in Hiveage. It looks more professional than an email.

It’s shocking to me when people contact me and they don’t have an invoice.

“If you are trying to get people to pay you, make it as easy as possible.”

(Side note: Gina uses FreshBooks for invoicing and has an in-depth post coming out tomorrow!)

The best way to get paid is through bank transfers, because it’s free most of the time. That’s something you can suggest to your client if you’re working on a retainer.

Start out by asking for 100 percent upfront. If your client pushes back, then ask for 50 percent.

You can offer a 10 percent discount if they pay 100 percent upfront. Everybody loves a discount.

Would you increase your fees to accommodate that?

Yes, you can add an extra 10 percent if they don’t want to pay it all upfront.

Thanks for taking the time to explain how to get clients to pay, Julie!

Have you ever had a client not pay you? If so, how’d you resolve it! 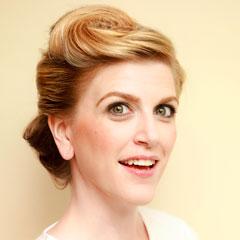 Julie Elster is a virtual accounts receivable assistant who helps freelancers get overdue invoices paid. Julie has recovered hundreds of thousands of dollars for freelancers. Her ultimate goal is to make timely payments painless for both freelancers and their clients. You can follow Julie on Twitter @julie_elster.