The income report roundup is back! Each month, we scour the web for freelancers who make money online, to show you all of the different possibilities that exist, there is no “one right way” to earn an income online — and the people featured below are living proof of that.

Some I’ve been reading for a long time and others are new to me too. Either way, it’s a great group that I think we can both learn a lot from.

Sarah of the Frugal Millionaire blog works full-time in addition to blogging, while also raising two young daughters. What’s interesting about her approach is that Sarah’s New Year resolution was to quit freelancing to focus on her blog and her full-time job instead. She now blogs whenever she has the time, but has managed to increase her blogging income.

Although February was Sarah’s record-low earning month for side-hustling, it was actually her record-high in terms of blogging. That is to say, she didn’t do freelance work, and still made $669 from her blog. I love watching the transition that Sarah is making and her “why” behind it all!

Lisa Tanner is one of our 30 Days or Less alumni that is on her way to becoming a poster child for freelance success. Lisa could only work half of the month, yet brought home $890 in freelance writing. She also made income from her virtual assistant gig, but she’s not counting that because it hadn’t yet hit her bank account.

Lisa wrote fewer pieces in February, but she managed to double the income she made in January. Her strategy is to hold out for better paying jobs, and find recurring gigs.

Side note: Check out Lisa’s guest post on Fully Booked VA this month – 50 Ways to Grow Your Business in 15 Minutes or Less. 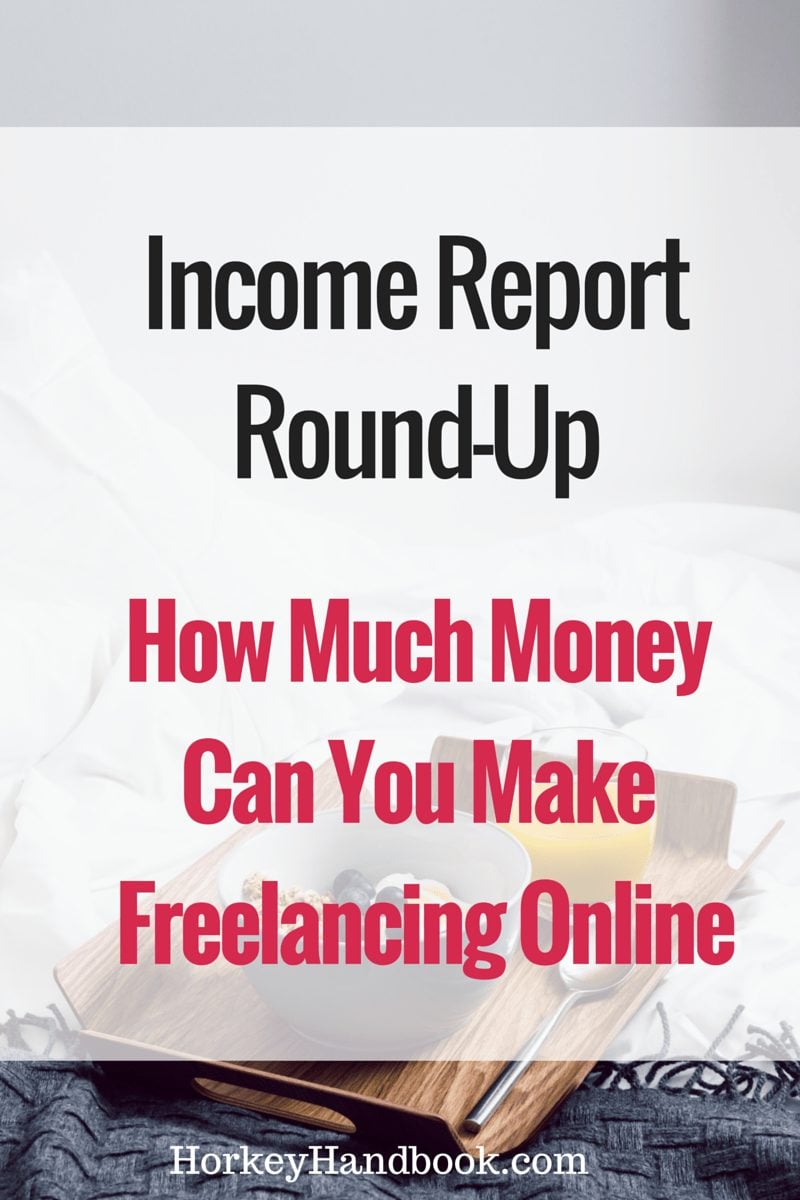 Chonce is a writer at her day job, a freelancer at night and a momma. She started freelancing on the side so she could pay off debt. In 2015 alone, she paid off more than $11,000 of debt, and admits she wouldn’t have been able to do so without earning an extra income.

In February, Chonce made $2,711, most of it from freelance writing. She also breaks down the time she spends freelancing weekly, and in the average week that’s around 17 hours.

The source of his income is almost equally distributed between freelance writing and sponsored content, but Ricky has also had some TV appearances on morning shows that brought in income and a good amount of traffic. Cool, right?

Kara writes about planners and bullet journaling at Boho Berry. She has a special strategy to get people to join her online tribe by offering a free resource library to members.

Kara’s income of $3,347.35 comes from selling her ebook, Create Your Amazing Life, Amazon affiliate sales and monetizing her YouTube instructional videos. She’s currently working on a coloring book for adults and I’m really curious to see how well she’ll be able to monetize that!

Saying that Pinch of Yum is having a really good year — income-wise — would be an understatement. Lindsay and Bjorn have been blogging since 2010, so keep that in mind before your head spins at sight of their income report.

Along the way, they have launched a myriad of products. Their earnings and expenses are an intricate matter, so you’d better take a look for yourselves. Here are their three main sources of income in January: food photography workshops ($29,317), ad network ($14,553), web hosting affiliate sales ($7,590). Needless to say their expenses are pretty high too.

It’s seriously inspiring what a spin these two have put on food blogging. Fun fact, they also live in Minnesota!

We intentionally pick income reports from all income brackets. Because sometimes, when we see too high of figures, our heads spin in disbelief. And we either become too discouraged to even try, or too frustrated when we can’t keep up.

But it’s important to keep in mind that all the bloggers and freelancers featured here started at $0 (yep, including me!). ZERO! And most of them share exactly that, if you look at their reports from early on.

Want to know the secret of how to move away from $0 to an income that’s sustainable for your situation? Just start something. Start that blog. Pitch that one extra client. Write that guest post. Design that worksheet that everyone will want to buy on Etsy.

Which of the above income reports excites you the most? And if you publish your own report, feel free to link up in the comments!